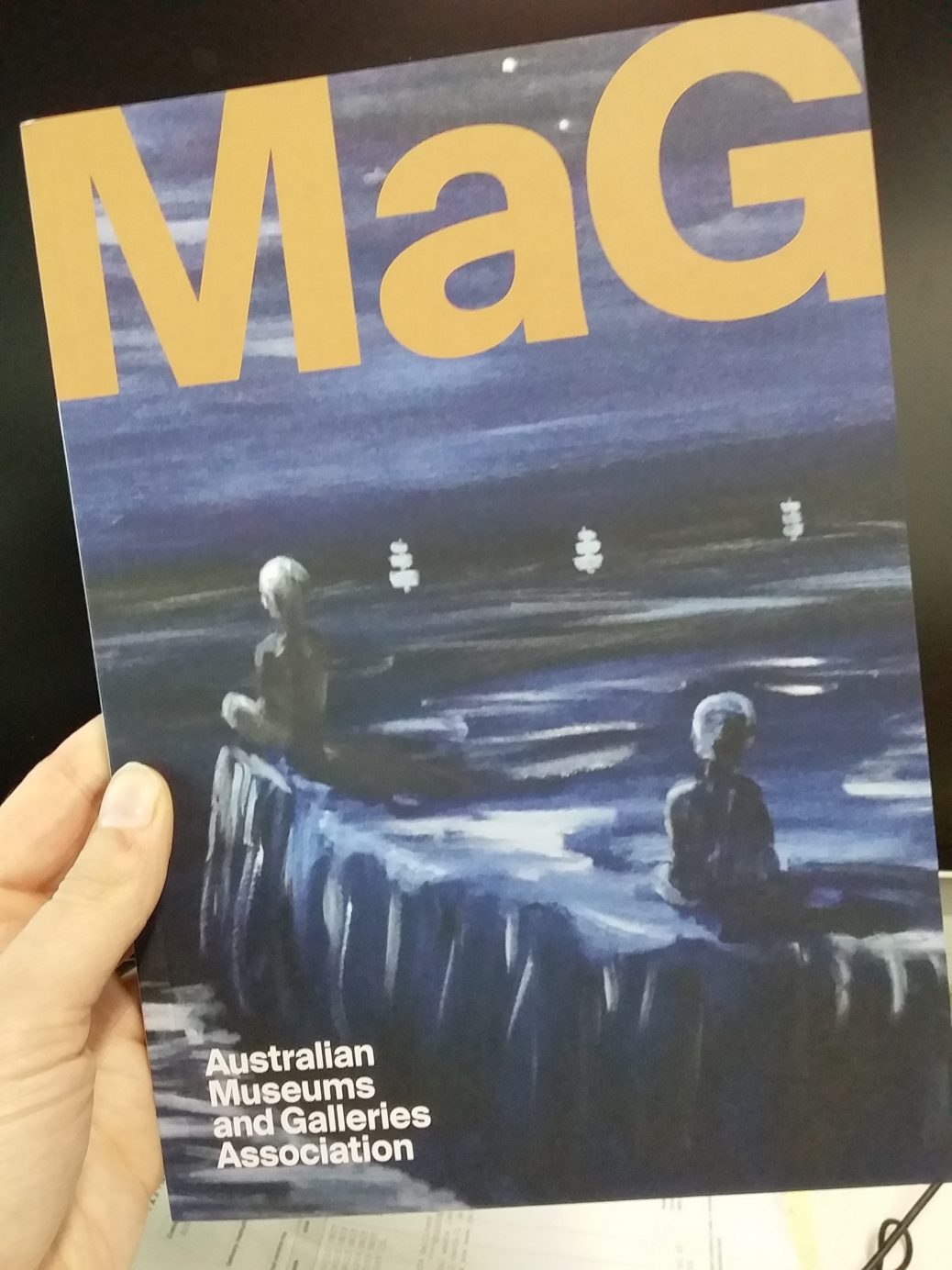 The cover of winter 2020 MaG – the journal of the Australian Museums and Galleries Association – features a detail from a painting by Gordon Syron. The painting is from a series titled Invasion Day/Terror Nullius/Comin’ Through The Heads. The series is currently part of the collection of the Australian Museum and will feature in an upcoming exhibition Unsettled.

Unsettled – the exhibition – came about following community consultation by Australian Museum curators Mariko Smith and Laura McBride. They asked First Peoples to respond to the themes of the 250th anniversary of Cook’s journey through the Pacific.

“Since receiving community feedback, we have been crystalising the narrative for the exhibition. Mob made it clear in the consultation that they did not want to talk about Cook but instead the legacy of colonisation which was triggered by the events of 1770” said Mariko Smith.

The exhibition is scheduled to open in 2021 and will feature five works by Syron that were purchased by the Museum in 2019.