Yarn Up – Serving Our Country project 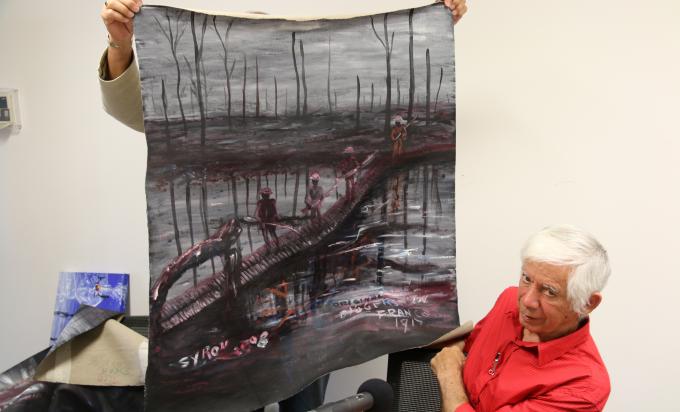 Gordon Syron spoke to the Serving Our Country project about his family’s history of service. Three of his uncles served during the First World War with one killed in France. Two of Gordon’s brothers fought in the Second World War, and another served in the Navy during the Korean War aboard HMAS Condamine. Other family members served in other conflicts involving Australia including the Vietnam War. Gordon touches only lightly on the details of these men’s service, but does link their experiences as soldiers in war with his own experiences with land issues regarding his family’s farm, his time in prison and his experiences as a boxer, all of which he does discuss in the interview. The presentation of war in Gordon’s artwork is also linked to his uncle’s and brother’s service.