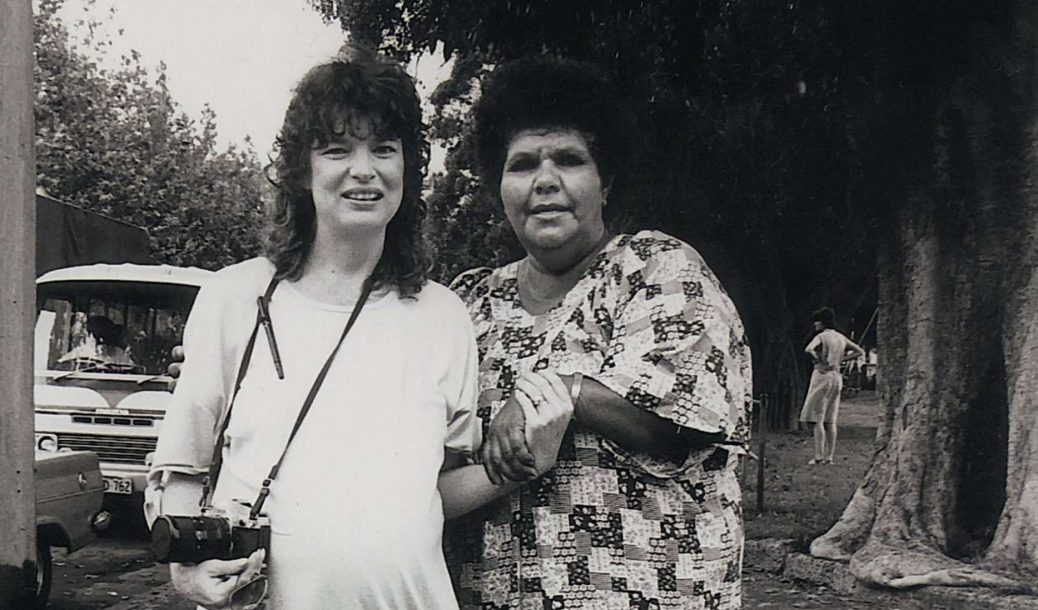 The exhibition “Mum Shirl – Black Saint of Redfern” has received some rave reviews. The exhibtion is on until the 27 July 2019.

Syron’s wife Elaine Syron has contributed photographs of the “incredible woman” who helped her husband survive prison. She travelled with Mum Shirl to Alice Springs, documenting her interactions with the children she fostered and Dr Roberta “Bobbi” Sykes, who would later help write her autobiography.

“We need to remember Mum Shirl because she was an unusual person,” says Elaine, holding back tears. “She cared about the history of – and what’s going to happen to – her people, culture, language and traditions.”

The exhibition also features in Time Out;

Shirley Smith, better known as Mum Shirl, was a Wiradjuri woman brought up by her grandparents in Cowra. Despite epilepsy hampering her ability to participate in Western education, she learned 16 Aboriginal languages and became a hugely influential social worker, humanitarian and community leader for Indigenous people in Sydney and beyond.”

It was also profiled by SBS;

”A new exhibition by Indigenous artist Gordon Syron and his wife Elaine Pelot Syron has paid tribute to the life of Wiradjuri Elder Mum Shirl….

Two grandsons of Mum Shirl: Peter Smith, Councillor for Mid North Coast, and his brother Richard; gave permission for Gordon and Elaine Syron-Pelot to host this event in honour of Mum Shirl.