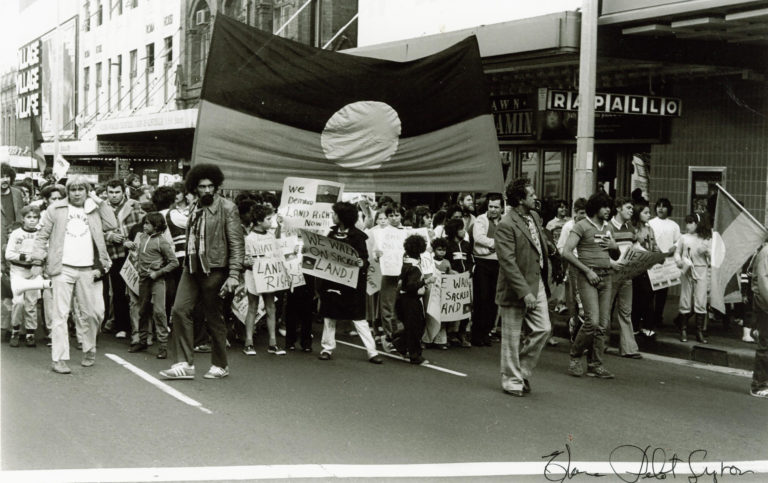 The New South Wales Aboriginal Land Council have produced an article and film to highlight the extraordinary work of Elaine in recording the lands rights struggles of Aboriginal communities. Featuring in this month’s issue of ‘Our Mob’ Elaine’s work is described;

‘These days, there are many Aboriginal photographers producing extraordinary work, as community photographers, culturally and in mainstream areas.

But in the passionate days of the late 1960’s into the early 1970’s, there were very few, with the cost of equipment, film and film development being prohibitive for many.

One young woman stumbled onto that fact by accident and as a result, produced some of the most enduring photographic memories of the Land Rights struggle across the 1970’s and early 1980’s.’