‘I would like to pay respects to the First Nations and Indigenous Peoples around the world.’ 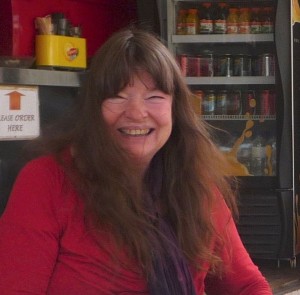 Elaine Pelot Syron is a committed documentary photographer who has dedicated herself over the last four decades to the chronicling of Indigenous stories – an area where few photographers were working in the 1970s. More recently she has passionately and tirelessly crusaded for the preservation and recognition of the Keeping Place Collection, an extraordinary collection of Indigenous art assembled by Syron and her husband, artist Gordon Syron, over many years.

Elaine Pelot Syron was brought up in the small town of Manatee in Florida, USA. Here, the Civil Rights Movement was a powerful force. In 1963, she graduated from high school. The Vietnam War was on and two years later, she marched in a university organized protest against the war; she was jeered and spat on. In 1971 she immigrated to Sydney with her two children, when Australia needed high school teachers – she taught English & History

Syron’s photography spans decades and provides an insight into communities in and around Sydney. Syron has been working with the Aboriginal Community to document important people and events for over forty years. She describes her work as ‘delicate and at the same time historical’. She has spent a significant amount of time working with Aboriginal Artists to document their work. Her collection of prints show many of the early years of modern day cultural institutions like Bangarra.

“My first rally in the 1970’s was at NSW Parliament House, when my students asked me to join them. Hundreds of Aboriginal people stood with their children, with hand-written signs asking for Land Rights. There was no violence, no microphones, and as far as I was concerned; no response from the government. I didn’t have my camera, and to my astonishment there was not a single camera there. I raced home to get my camera, but on my return all was over. I felt that history was not being recorded. After talking with the Aboriginal Medical Service, the Aboriginal Legal service, and the Aboriginal Housing Company I began to document Aboriginal people. These people were working, giving press conferences, studying and achieving.”

In the 70s and 80s Syron owned camera shops across Sydney and during that time she photographed the local communities in Redfern, Darlinghurst, Mudgee and Kings Cross. Her collections also include depictions of the tattoo community. Syron also has some unique portraits of members of the S&M community. These photographs are all privileged views into close-knit communities that make her collection a valuable record of social history in Australia.

All the works on this website are copyright of the Artist, Elaine Pelot Syron, please seek permission for use. Please note that images and names of deceased Indigenous people are contained within these collections and photographs. ‘I would like to follow cultural protocol. If you would like an image of yourself or a family member taken down, please contact me.’ 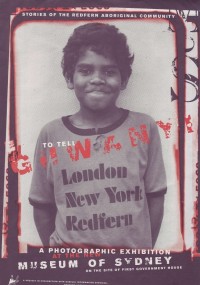 ‘I would like to pay respects to Elders past and present of the land now called Australia.’

Syron has been working with the Aboriginal Community to document important people and events for over forty years. She describes her work as ‘delicate and at the same time historical’. Her collection of historically and socially significant prints includes;

Syron has spent a significant amount of time working with Aboriginal Artists to document their work. Her collection of prints show many of the early years of modern day cultural institutions. Her prints include;

For over 26 years, Syron has been documenting the Tattoo Community which she felt was a ‘neglected area and deserved documentation’. Her works include;

For 21 years, Syron has been photographing both the daily lives and celebratory moments of the Jewish Community and Jewish migrants. Syron’s husband at the time was Jewish and at one time was the President of the Emanuel Synagogue. Her photographs include;

Elaine’s collection includes over 29 years’ worth of images documenting the LGBTQI Community. Her work includes;

The Redfern Community collection contains many photographs by Syron of significant events in Redfern, Sydney. The collection includes;

The Kings Cross collection has photographs stretching back for 40 years documenting the changing face of Kings Cross. Syron married in Kings Cross in my home in 1980. She had 2 photographic shops on Darlinghurst Rd., a Kodak one at one end, across from Roslyn St., which used to be across from “Les Girls” near the fountain and a Fuji lab near the large Coke sign at the other end. It was here that Elaine became friends with the local tattooists and owners of the strip clubs, and local workers, and many celebrities like “Carmen”.

Elaine’s Darlinghurst collection contains 35 years of photographs showing what an exciting an vibrant place Dalinghurst is. The collection includes;

A collection of photographs by Syron of Mudgee in the late 70s & 80s. The collection

Portraits & Oral cassette tapes of the 11 then Winemakers & Farmers of Mudgee:

My ex-husband owned a small boutique winery with partners for 13 years, called Amberton Wines. For many years, I photographed the winemaking processes, cellar door, behind the scenes trauma, landscape, picking of and crushing of grapes, etc. 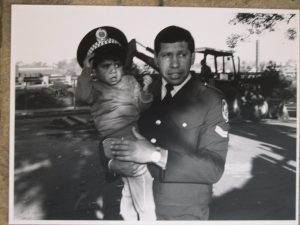 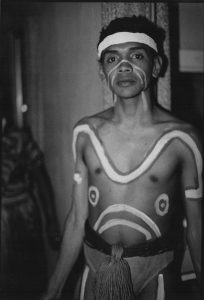 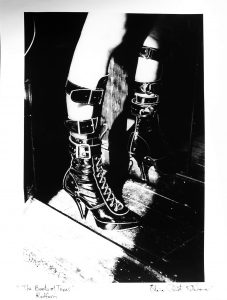 Syron has a unique collection documenting the lives of Native Americans living in Australia. The collection includes; 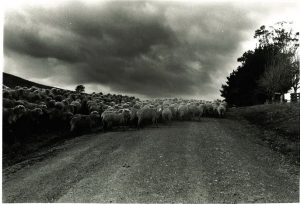 Sheep on the road B&W by Elaine Syron

Syron also has a small body of work of Australia including 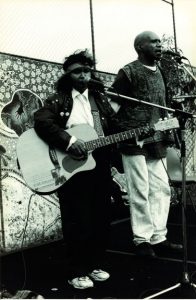 Syron has an extensive collection of photographs of rallies, marches and protests. Key protests included in her collection include