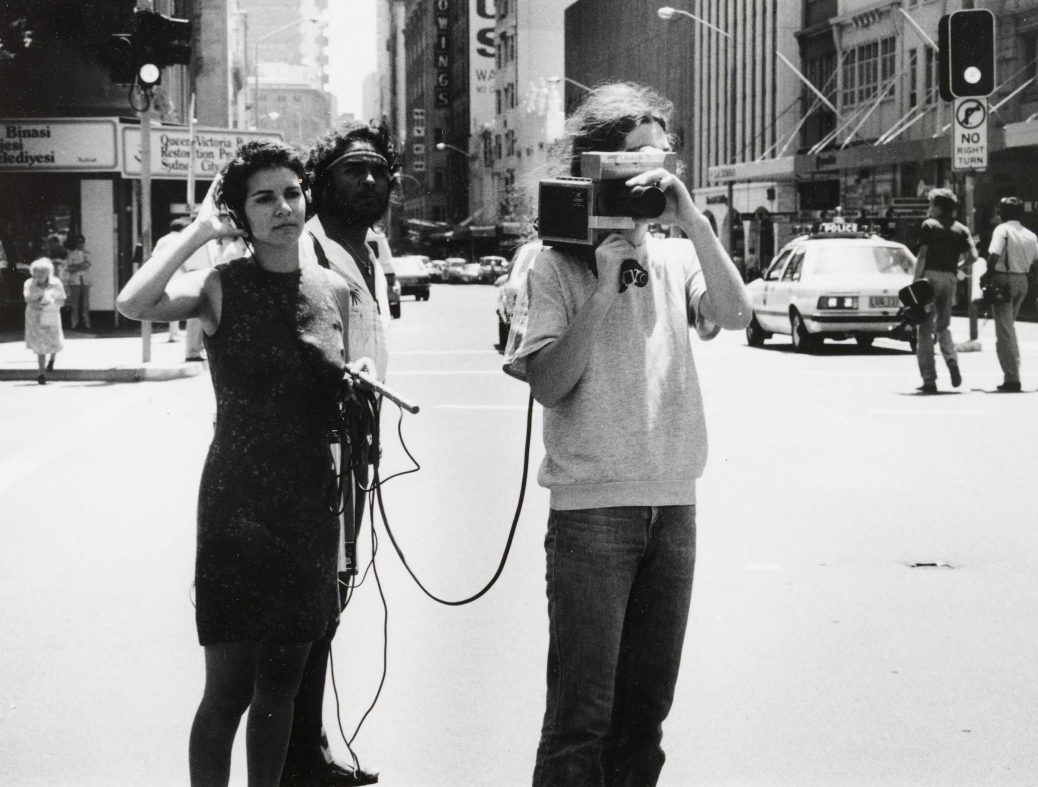 A portrait ‘TRACEY MOFFATT FILMING EARLY LAND RIGHTS MARCH c. 1980‘ by Elaine Pelot-Syron is in the collection of the National Portrait Gallery. The work features Tracey Moffatt – an artist whose work reflects on issues including race, childhood trauma, gender and popular culture.

In 2007 Moffat received the Infinity Award from New York’s International Center of Photography; in 2012 she had a solo show at the city’s Museum of Modern Art. She became the first Aboriginal artist to present a solo exhibition, My Horizon, at the 57th Venice Biennale in 2017. Moffatt’s work is represented in all major Australian galleries.

A biography of Elaine features on the NPG website.