What do we want? Photograph by Syron features on the front cover 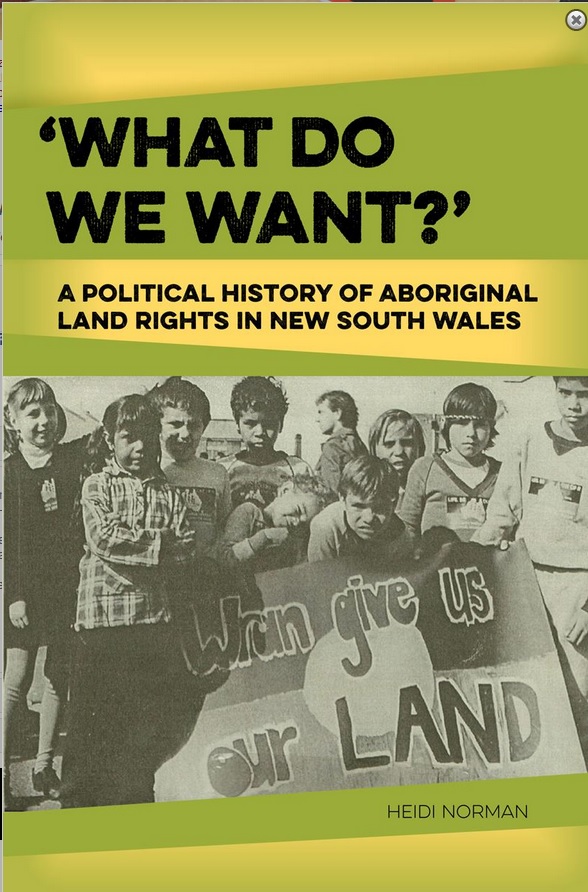 Book What do we want

A photograph taken by Elaine Pelot Syron features on the front cover of a new book; ‘What do we want? A Political History of Aboriginal Land Rights in NSW”

Today the network of land councils in New South Wales is the largest Aboriginal representative body in the country with more than a billion dollars in land assets, a near billion-dollar investment fund, and more than 115 local Aboriginal land councils – but it wasn’t always so.

The passage of land rights laws in New South Wales in 1983 saw political intrigue, deception and disappointment as well as unprecedented engagement by Aboriginal citizens and their supporters. ‘What do we want? ’ was the rallying call for these activists.

Heidi Norman’s insightful book begins in the late 1970s when Aboriginal people, armed with new skills, framed their land rights demands. The 1978 land rights inquiry and the laws that followed brought Aboriginal people – and the state – into new and different relationships of power. These have been the source of ongoing contestation ever since.

Dr Heidi Norman is a Senior lecturer in the Communications Program in the Faculty of Arts and Social Sciences (FASS) at the university of Technology, Sydney. Her research focuses on NSW Aboriginal history and politics with particular emphasis on the modernising effects of rule, shared history and the challenges of Aboriginal adjustment to modernity. She teaches in the areas of applied research and Australian history and politics. She is a descendant of the Gomeroi people of north-western NSW.

Find out more at Creative Spirits