At Home: Man possessed and dispossessed 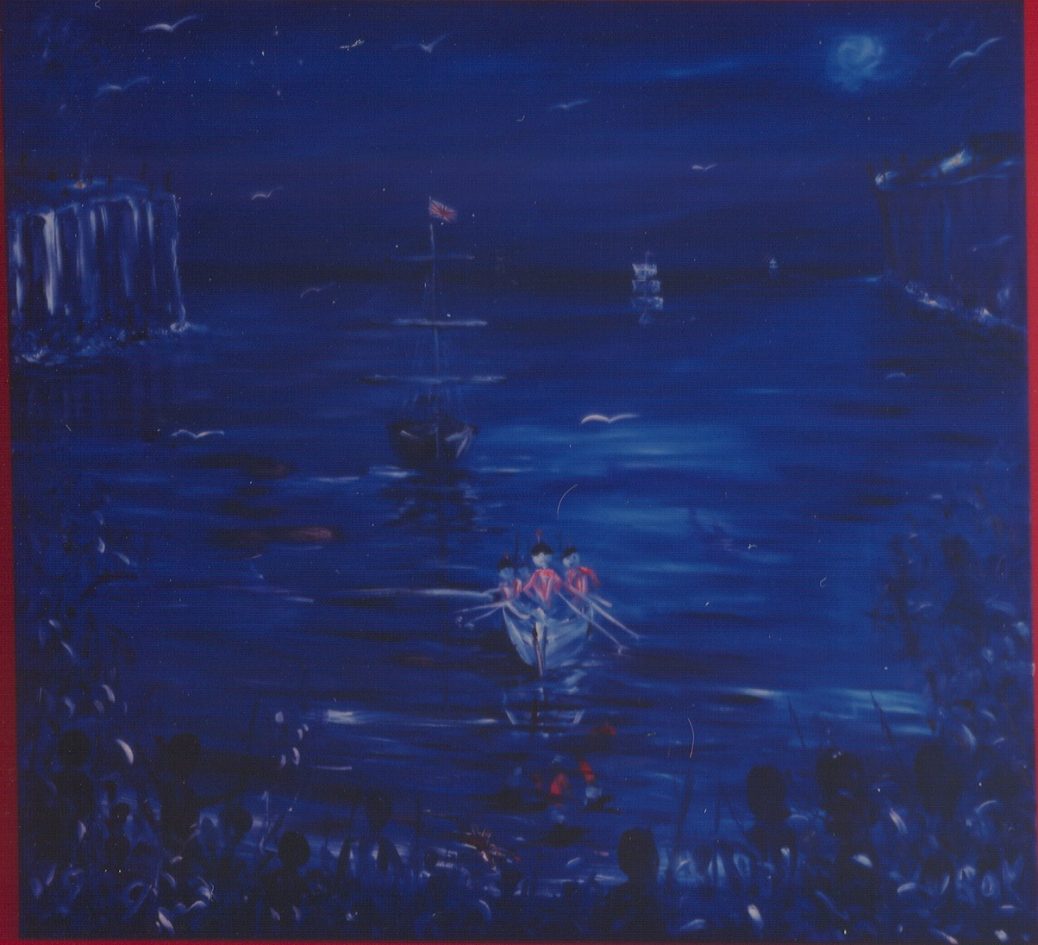 For more about Gordon’s works you can read an article about him featuring some of his works on the pages of Museums and Galleries of New South Wales. The article At Home: Man possessed and dispossessed highlighted two of Gordon’s works both called ‘Invasion Day’ which were on display at the Museum of Sydney in 2014.

The article discusses one of Gordon’s major themes in his painting; Invasion Day;

‘Some of Syron’s Invasion Days’ are playful—he paints the Redcoats in rowing boats, he brings Santa and the Pope in by boat. He comments on illegal immigration and boat people. “The Redcoats were the first boat people”, says Syron. His paintings provide a relentless commentary on white Australian’s culture and cultural practices. He does it with humour, he does it with anger, and he does it with unwavering commitment to his story, the Aboriginal story.’

I want to show the negative feelings of the Aboriginal people, the truth is the way it was. The white master race came and took our land and did not even have the courtesy to ask us or buy it. They said we weren’t even human beings when they claimed our land as ‘terra nullius’. British law is alright for the British but Aboriginal law, customs, language, dance, Mimi spirits have been around a lot longer than ‘British law’.

I have an Irish Grandfather on my father’s side and a Scottish grandfather on my mother’s side and both of my grandmothers were Aboriginal. I was not brought up on a mission I was brought up by the same mother and father in a family with 16 kids. My father taught us boys to protect the land, to respect it and to fight for it. History cannot lie even 211 years after the event. The British came here with their ships of convicts, rum, smallpox, ‘Christian Ministers’ and even more disease. Aboriginals were humans living in Australia, they were not animals, as the British refer to them. I want to challenge the ‘terra nullius’, not through violence, because you see I have been rehabilitated in ‘Her Majesty’s House’, but I am challenging this statement with my paintbrush.