East Coast Encounter opens at University of the Sunshine Coast 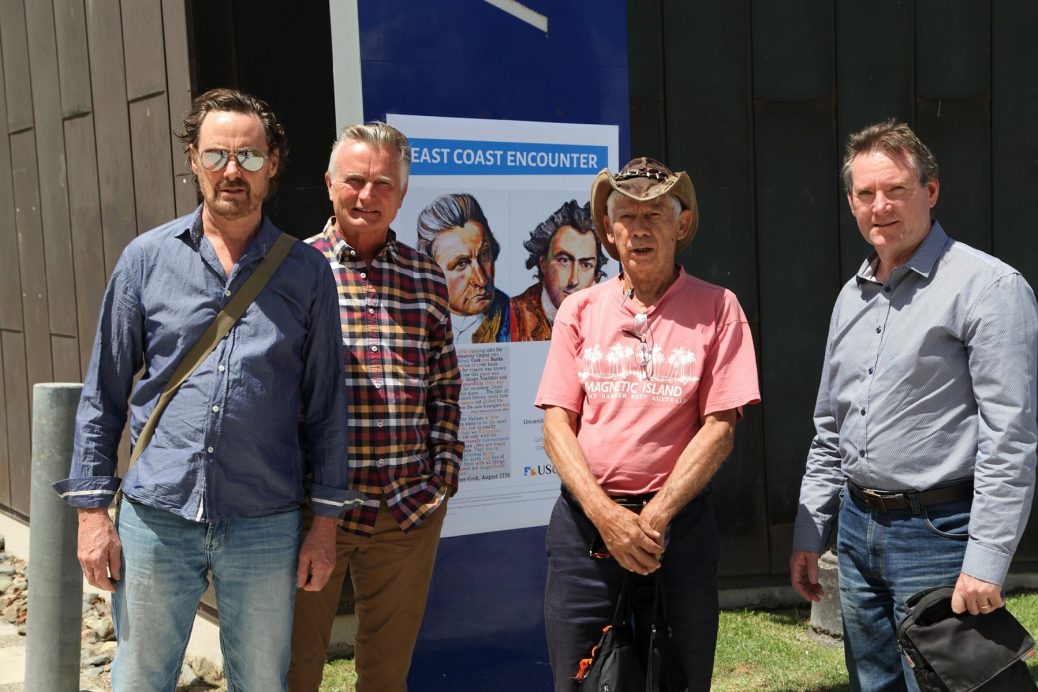 The exhibition East Coast Encounter – Re-imagining 1770 is a multi-arts initiative involving Australian Indigenous and non- Indigenous artists, writers and songwriters to re-imagine the encounter by Lt James Cook and his crew with Aboriginal people in 1770. Cook’s voyage along the Australian east coast has become central to national historical narratives. The exhibition of paintings, photographs, videos and three dimensional works re-envisages this seminal journey by imaginatively exploring moments of contact between two world views during these encounters.

The exhibition has been touring the east coast of Australia and recently opened at the University of the Sunshine Coast. The exhibition is on at USC from 17 February to the 25 March. East Coast Encounter was developed by the University of the Sunshine Coast and assisted by the Queensland Government through Arts Queensland and the Australian Government through the Ministry for the Arts ‘Visions of Australia’ program. After USC the exhibition will go to Coffs Harbour Regional Gallery 28 April 2017 – 17 June 2017. These two venues will be the last time you can catch the exhibition before the collection goes to the Australian National Maritime Museum.

Gordon Syron traveled up to USC for the opening. The exhibition features his work Where the Wildflowers Once Grew 2005, Oil on Belgian linen.

Both photographs show the opening of East Coast Encounter at USC, photographs by Elaine Pelot Syron