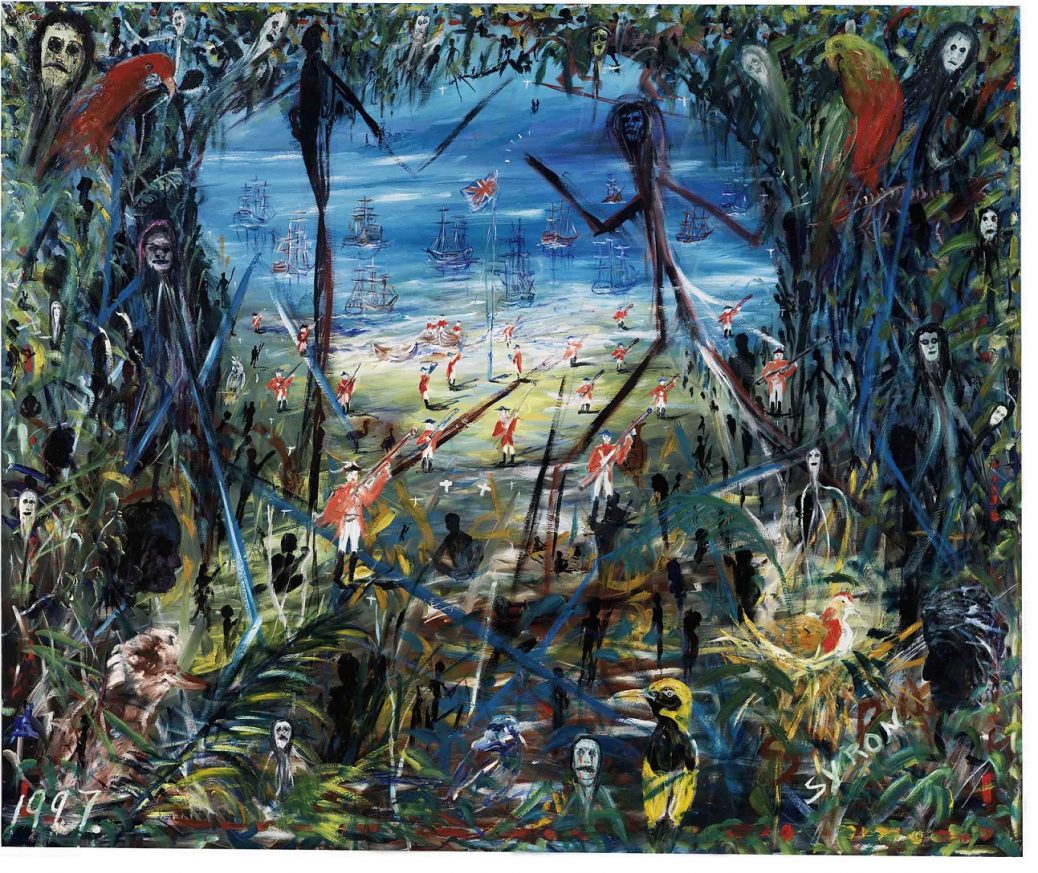 The blog, by Curator Dr Stephen Gapps, discusses the many meanings of the 26th January; ‘For many Australians, Australia Day – the 26th of January – has become a day of celebration. But for Aboriginal and Torres Strait Islander people, Australia Day has very different meanings. It is not a day for celebration but a day for remembering. The arrival of the First Fleet in 1788 marked the beginning of what many believe was an invasion of their country. January 26 represents a day on which Aboriginal and Torres Strait Islander peoples’ way of life was changed forever.’

He continues, ‘Whether in the most remote region of Western Australia or in the heart of the city of Sydney, most Aboriginal and Torres Strait Islander people think of 26 January as Invasion Day or Survival Day, or both. As one young boy recently said; ‘It’s embarrassing. It’s like people celebrating the day that your people got slaughtered or invaded and really bad things happened. It’s really sad.’ Sadness is not something many of us think about Australia Day.

‘Yet it is also a day to be positive – to remember and recognise the survival of Aboriginal and Torres Strait Islander peoples and their cultures through over two-hundred years of colonisation, warfare, racism and oppression. It is a day to recognise that they have made, and continue to make, valuable contributions to Australian history and society.  As Amy McGuire notes, Aboriginal people had the world’s first art galleries, sophisticated mathematics and physics, were the first astronomers, had the world’s oldest burial rituals, were the first farmers, the first bakers, and – as we now move to World Heritage Listing for the Budj Bim Cultural Landscape – Aboriginal people had architecture; buildings and other stone and timber arrangements that are older than Stonehenge.’ Read more…

The Australian National Maritime Museum has other works in their collections by Gordon, including Black Bastards Are Coming, Botany Bay and Where the Wild Flowers Once Grew.