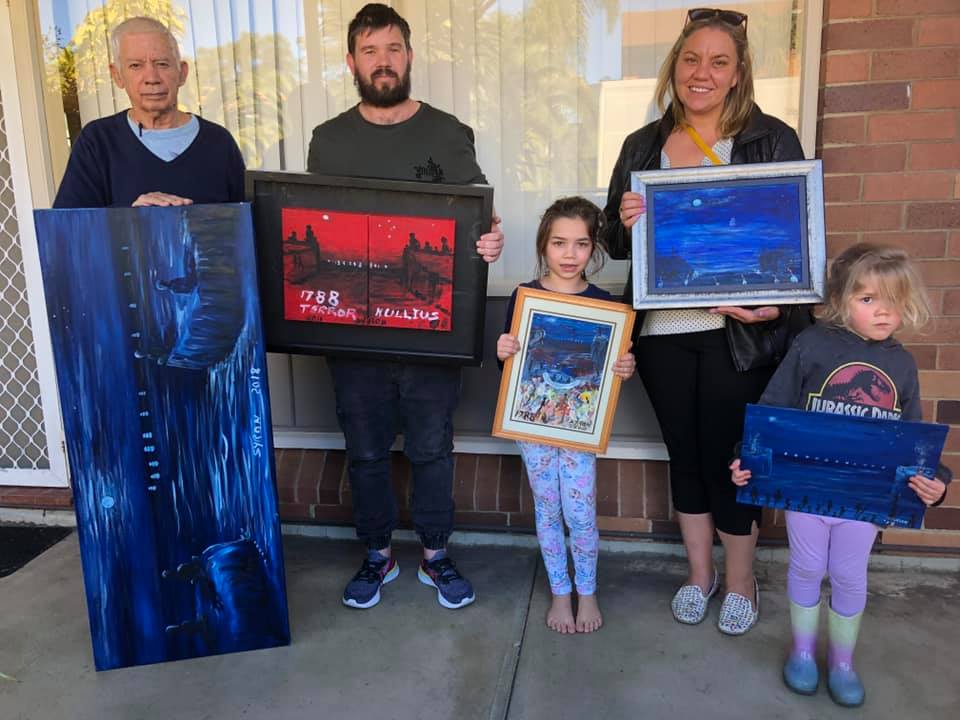 Wailwan woman and First Nations Curator Laura McBride from the Australian Museum confirmed that the Museum is acquiring five of Gordon’s paintings.They are a series called ‘Terror Nullius’ and will be on display in an exhibition next year in 2020.

‘Most blackfellas who grew up in their communities know how much the moment the First Fleet entering the heads of Sydney Harbour has affected our lives, even those of us born 200 years later. Gordon Syron, a beautifully honest and talented Aboriginal artist is obsessed with it and has painted and sketched it over 600 times.’

Syron has had two retrospectives at the Australian Museum in the past; the first in 1998 and again in 2004.