“Stand With Me” – Elaine Pelot Syron and Mish Sparks Talk 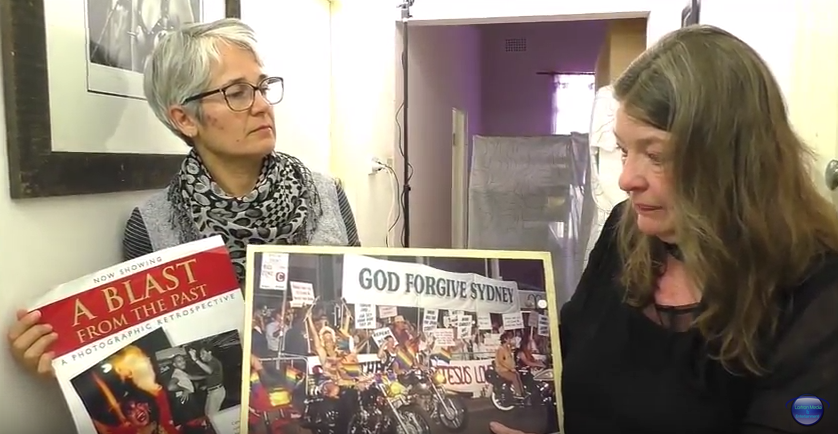 On the 7th of May Elaine Pelot Syron, documentary photographer and mother of 4 LGBTQI children and producer Mish Sparks discussed the LGBTQI community and Elaine’s photographs spanning several decades and the persecution of gays at home and abroad. The film is available on You Tube.

Elaine’s exhibition of photographs of community events included the Sleaze Ball and The Gay & Lesbian Mardi Gras Parade. The exhibition was displayed in the hallway of another photographer Michelle Blakeney, to protest against allegations of the opening of concentration camps in Chechnya and the arrest and torture of over 100 gay men. 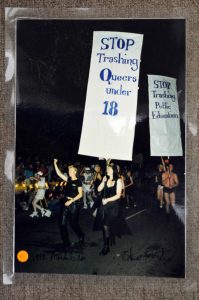 The film “In My Hallway” was created to protest against the Gay concentration camps in Chechnya.

‘The Chechen authorities won’t acknowledge that gay men even exist in Chechnya, let alone admit that they ordered what the police call ‘preventive mopping up’ of people they deem undesirable.

The issue came to light when the independent daily newspaper, Novaya Gazeta, reported that up to 100 men suspected of being gay have been abducted as part of a coordinated campaign. It claims the men have been tortured and otherwise ill-treated, and three are reported to have been killed by their captors – but there could be more.’

An Amnesty international petition can be found here 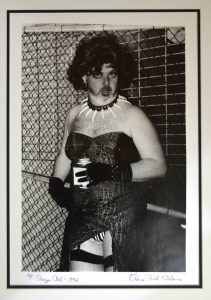